Dr. Teresa Quattrin is a Pediatric Endocrinologist and Diabetologist who founded the Diabetes Center of the Women and Children’s Hospital of Buffalo (now the John R. Oishei Children’s Hospital) in 1990 and quickly established it as a top US clinical research center. The center conducts pivotal trials on novel therapies and new technologies in Type 1 diabetes and other endocrine disorders. During her leadership the Diabetes Center has received grant funding and designation from the New York State Department of Health as New York State Center of Excellence for Type 2 Diabetes.

In 2016, her dedication to increasing the participation of families, children and underrepresented populations in clinical trials led her to assume the role of Director, Special Populations Core in the Clinical and Translational Scientific Institute at UB.

In 2018, she assumed the inaugural role of Senior Associate Dean for Research Integration in the Jacobs School. In this role, she promotes integrated, collaborative research within the medical school and with other colleges and partners across and outside of UB, including community stakeholders.

Dr. Quattrin is an internationally renowned physician-scientist with expertise in childhood diabetes and obesity. She has received a continuous stream of funding from federal and state agencies, pharmaceutical sponsors and foundations to pursue clinical research in diabetes and obesity and conduct clinical trials on preventing or halting Type 1 diabetes progression. She serves as a reviewer for several high impact national and international journals, the National Institutes of Health, the Diabetes Research Office of the United Kingdom, the Diabetes Clinical Trials Network in Ireland and the Italian Ministry of Health.

Throughout her career, Dr. Quattrin has been recognized for her passion for innovation and clinical-translational research. She was named numerous times among the “Best Doctors in America,” for her excellence in patient care. Her service and administrative skills were recognized by her election to the Board of Directors of the American Association of Pediatric Chairs. 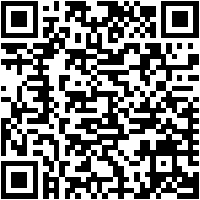